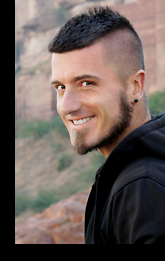 Pascal Mannaerts is a freelance photographer based in Brussels. Blessed with an artistic bent and wanderlust, he discovered photography during his student years. Sharing and recording his travel adventures became a priority. A first visit to India in 2000 revealed a deep admiration for the Subcontinent. This is the first of many return engagements.

Travelling to Asia, Africa, Latin America, North Africa and the Middle East during the last 10 years has given Pascal the opportunity to portray humanity in its strongest forms.  Curiosity and a passion for images have been fused with a profound attraction to the human element.

Pascal has publication credits in National Geographic, BBC, Geo, The Guardian, Le Guide du Routard, Lonely planet, Médecins Sans Frontières and in many newspapers and magazines worldwide. Several exhibitions of his pictures were held in Paris, Belgium, Brazil and India by, among others, Alliance française, Amnesty International and Les Maisons du Voyage.

The book «Parchemins d'Ailleurs» published by HACHETTE (France, 2017), features over 10 years of my travel photographs and stories around the world. Large size (30x35 cm), 208 pages, more than 200 pictures. To order it at Amazon, please click here.

In the news on RTBF (Belgium) for the release of the book "Parchemins d'Ailleurs", 12th October 2017

Presentations and signing sessions of the book "Parchemins d'Ailleurs"

«Meeting Khaled», a young Syrian refugee in Turkey. Made in March 2014 for Artfusion.

Press reviews and pictures of the exhibition "Elas" at the Caixa cultural, São Paulo